Catalonia recently become the preferred European base for professional cyclists. Indeed, it has everything: a wonderful climate, good roads, mixed terrain and the chance to cross paths with some of the world’s most famous cyclists. With its own language and unique local customs, Catalonia feels distinct from the rest of Spain and France. Beyond Barcelona, Spain’s most attractive and cosmopolitan city, it unveils an astounding wealth of natural splendour . Pyrenean peaks loom above meadows and pine rolling roads near Girona, plains are pock marked with volcanic cones, rocky coves border sandy beaches and wind blown capes give way to serene seaside paths and fertile vineyards around Cadaques and Collioure.

A BIKE TRIP THAT ADAPTS TO YOUR WISHES!

Choose the option that suits you: supported, guided or custom.

The perfect balance between autonomy and assistance.

Thanks to the simplicity of use of the biking GPS, which we include, you can enjoy your day the way you want. We suggest places for lunch and dinner as well as the activities not to be missed on the itinerary we have created.

Our driver-guide will pick you up the first day at the meeting place and drop you off at the end of your stay. At each stage, he transfers your luggage. For more security and comfort, the support vehicle is at your disposal for the duration of your trip. It will stay nearby to provide you with supplies, to solve any mechanical problems or to pick you up and transfer you to your hotel in case of fatigue or capricious weather.

Possible departure all year round

All you have to do is pedal and enjoy the scenery, we’ll take care of everything! You discover the region accompanied by a certified bike guide. Every day we program the best places for lunch and dinner, as well as the activities not to be missed on the itinerary we have created.

Our driver-guide will pick you up the first day at the meeting place and drop you off at the end of your stay. At each stage, he transfers your luggage. For more security and comfort, the support vehicle is at your disposal for the duration of your trip. It will stay nearby to provide you with supplies, to solve any mechanical problems or to pick you up and transfer you to your hotel in case of fatigue or capricious weather.

Possible departure all year round

The trip of your dreams !

With our expertise and the elements that you will share with us, we will know how to accompany you in the conception of the trip of your dreams! Whether it’s a question of creating a new itinerary or adapting one of our tours, each element of your trip will be carefully studied to meet your expectations: budget, dates, itinerary, difficulty, activities, theme, guiding, accommodation, catering, bike rental…

We design and organize bike tours for friends and families who wish to celebrate an event or simply share good times. We also offer solutions to companies, associations and administrations who wish to thank their teams or partners. 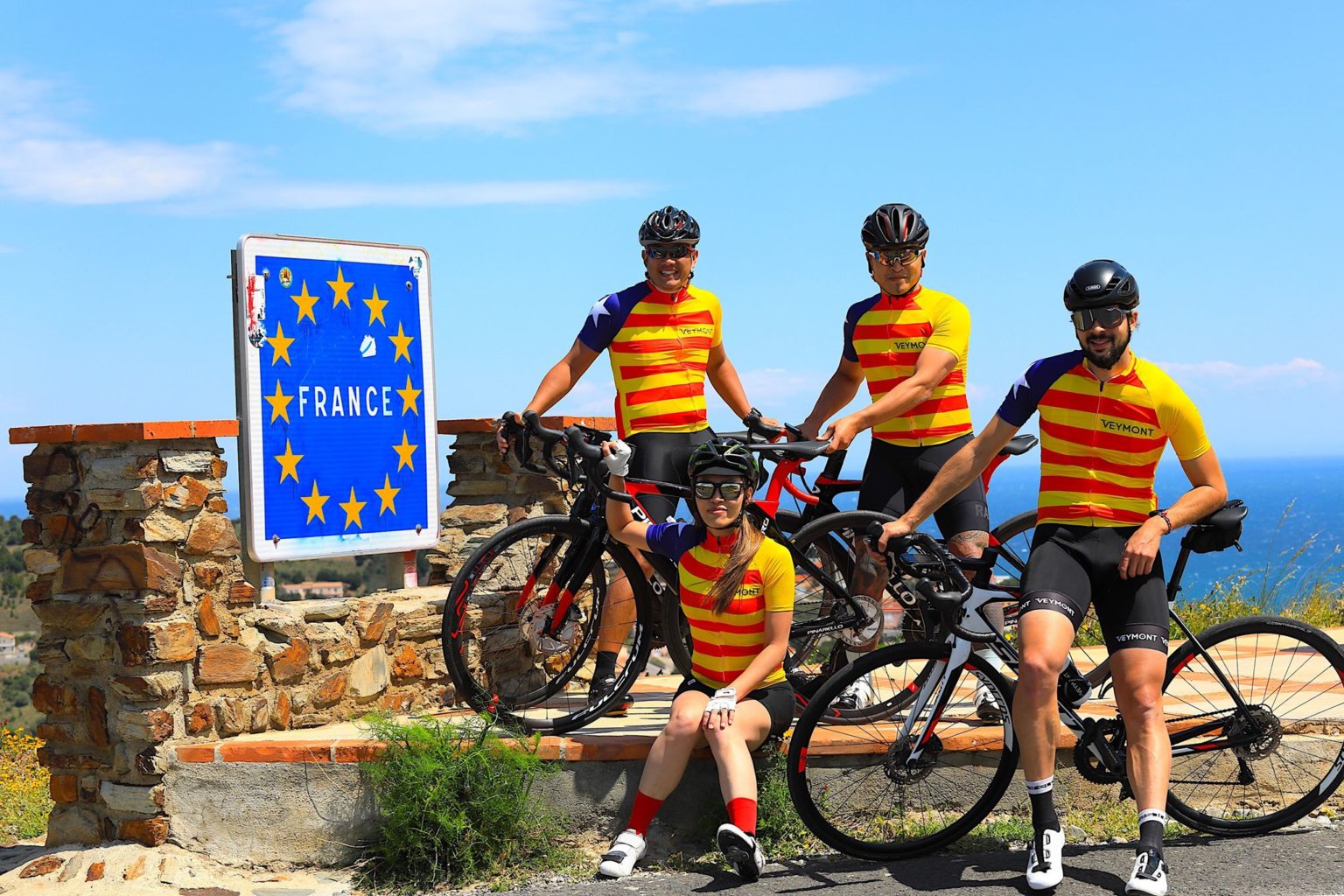 We welcome you at Barcelona airport at 2 pm and drive you at your ideally located hotel in the historical center of the charming Girona.

After a bike fitting and a tour oriention, we will enjoy the beauty of Northern Catalonia’s largest city. Girona is a jewellery box of museums, galleries and Gothic churches, strung around a web of cobbled lanes and medieval walls.

Girona to Madremanya (via Pubol)

Riding doesn’t get much better than this: peaceful, rolling roads with hardly any traffic, pretty woodland, medieval villages, and ancient churches. At the end there are two lovely villages: Pubol, where stands a Palace-Castle offered by Dali to his wife Gala, and Madremanya, a medieval village secreltly preserved between Girona and the Mediterranean.

Els Àngels is a classic climb that’s part of a popular cycling loop from Girona. The route was made famous by Lance Armstrong. We climb Els Angels and then roll down to the coast through pretty Catalan villages. In Sant Marti d’Empuries we can relax on the beach and admire the view over the Rosas’ bay. You can either stop your ride here or add 50 km more and keep going towards the charming village of Castello d’Empuriesbefore a short drive to Cadaques which stands in a delightful site, to the south of the Cap de Creus. Its picturesque streets and bohemian atmosphere, which made it a popular haunt for artists and intellectuals in the first half of the 20C, the most famous of whom was undoubtedly Salvador Dalí, continue to appeal today.

We ride towards low-key El Port de la Selva, The village is almost as white as Cadaqués and the site, remarkable, is dominated in the distance by the former Monastery of San Pere de Rodes that we are about to climb. The road is gorgious.

On the way back we reach the Cap de Creus by a lonely, 8km-long road that winds its way from Cadaqués through the moonscapes. Cap de Creus is the easternmost point of the Spanish mainland, and a place of sublime, rugged beauty. With a steep, rocky coastline indented by coves of turquoise water, it’s an especially magical spot to be at.

Cadaques to Collioure (with border crossing)

On the way to the border with France, we leave the Spanish Catalonia for the French Catalonia. We ride along rocky coves, small fishing ports and terraced vineyards on the hillside.

We reach Collioure where we’ll spend the next two nights in the best hotel in town with stunning views once more. A fortified church, advancing so close to the coast that you would think it appeared from the sea, old streets with flowered balconies, a promenade by the sea, terraces of cafés and shops with coloured windows, that is the enchanting setting of Collioure !

LOOP Around collioure (Via Madeloc Tower)

Our last ride, although short, will take us up to the heights of Collioure to pass at the foot of the Madeloc Tower along a spectacular tiny road, which from its 650 m altitude, will offer us an exceptional panoramic view of the Côte Vermeille, the terraced vineyards, fruit trees, pine forests and the charming village of Collioure. Don’t miss it for anything !

This afternoon we will be wine tasting and chilling by the beach in colourful Collioure.

Day off in Barcelona

Today no biking scheduled as we drive to Barcelona and explore Spain’s most attractive and cosmopolitan cities, offering a perfect blend of tradition and modernity, art and history, and culture and dynamism. Admire its astonishing Modernist buildings, superb museums and contemporary art foundations, majestic Gothic churches, cutting-edge design, stunning.

It is unfortunately already time to say goodbye. We will take you back to Barcelona airport after breakfast to end this Catalonia bike tour, unless you want to extend your stay with Veymont Travel. 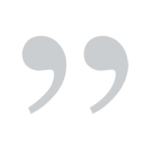 A thoughtful arrangement, a wonderful trip to enrich your eyes and stomach with extremely beautiful riding ! Also Flo & Rom take care of you like family!

Fantastic experience with lots of fun and good food !

Veymont Travel retains the right to change the hotels if necessary as stipulated in our GTC. Located in the historical heart of Girona, in an old building, the Nord 1901 Hotel has the only garden with swimming pool in the centre of the city. Family hotel located in a privileged cove near the sea with a breathtaking view, large garden with swimming pool, jacuzzi, and hammam. Blessed with a perfect location, the Relais des Trois Mas offers comfortable accomodation with a superb view of the Bay of Collioure. Beauty extends from the horizon all the way to the edge of your bed, even in the stitches of the sofa. And, while you sit on your comfortable terrace, the day looks appealing, kind and beautiful. You can choose to travel with your own bike and/or bring your own pedals, saddle and helmet. The guide will set up your equipment upon arrival.

Equipment provided with the rental of a Road Bike

Equipment provided with the rental of a Hybrid Bike

Equipment provided with the rental of a Hybrid Bike 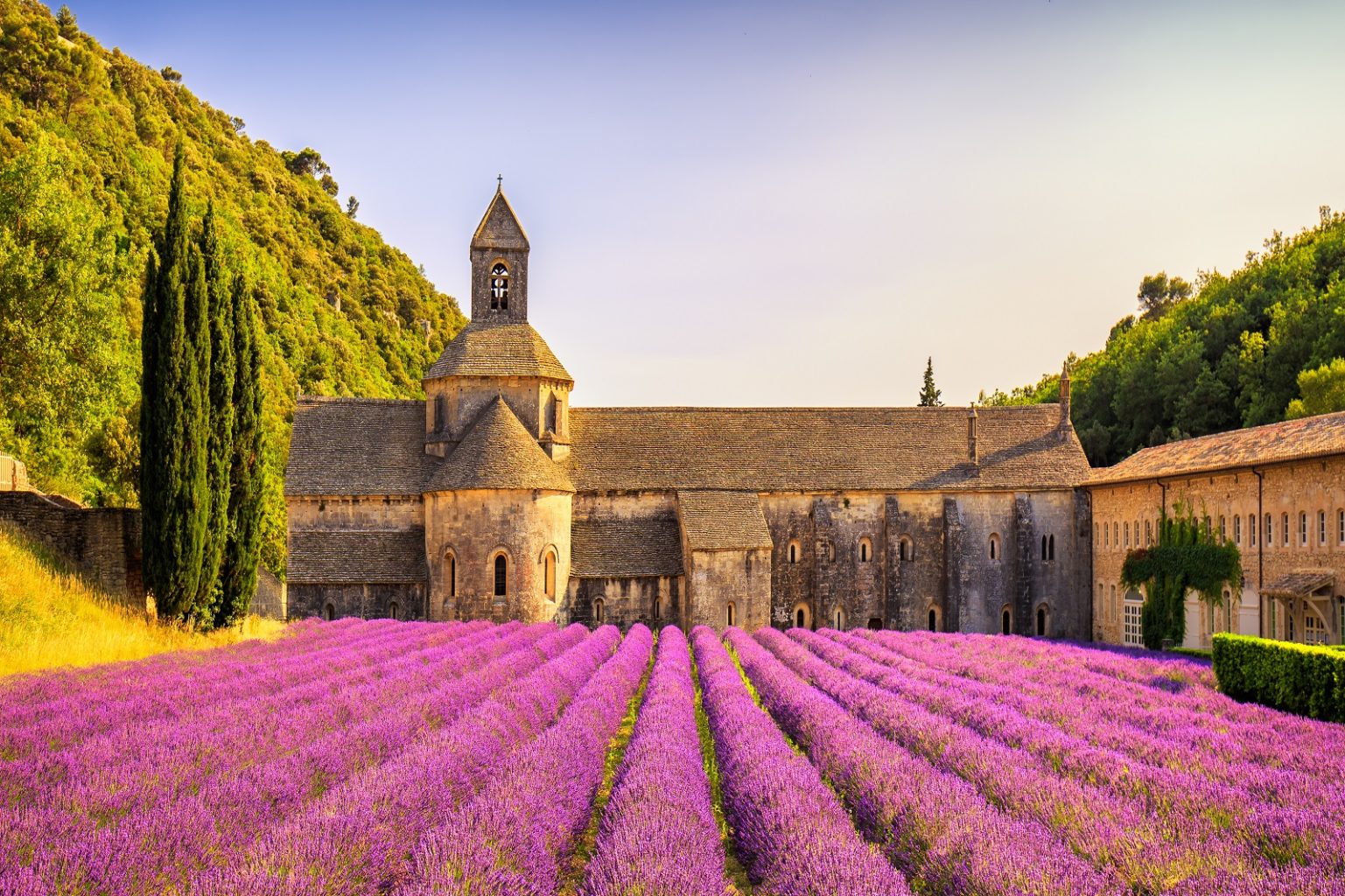 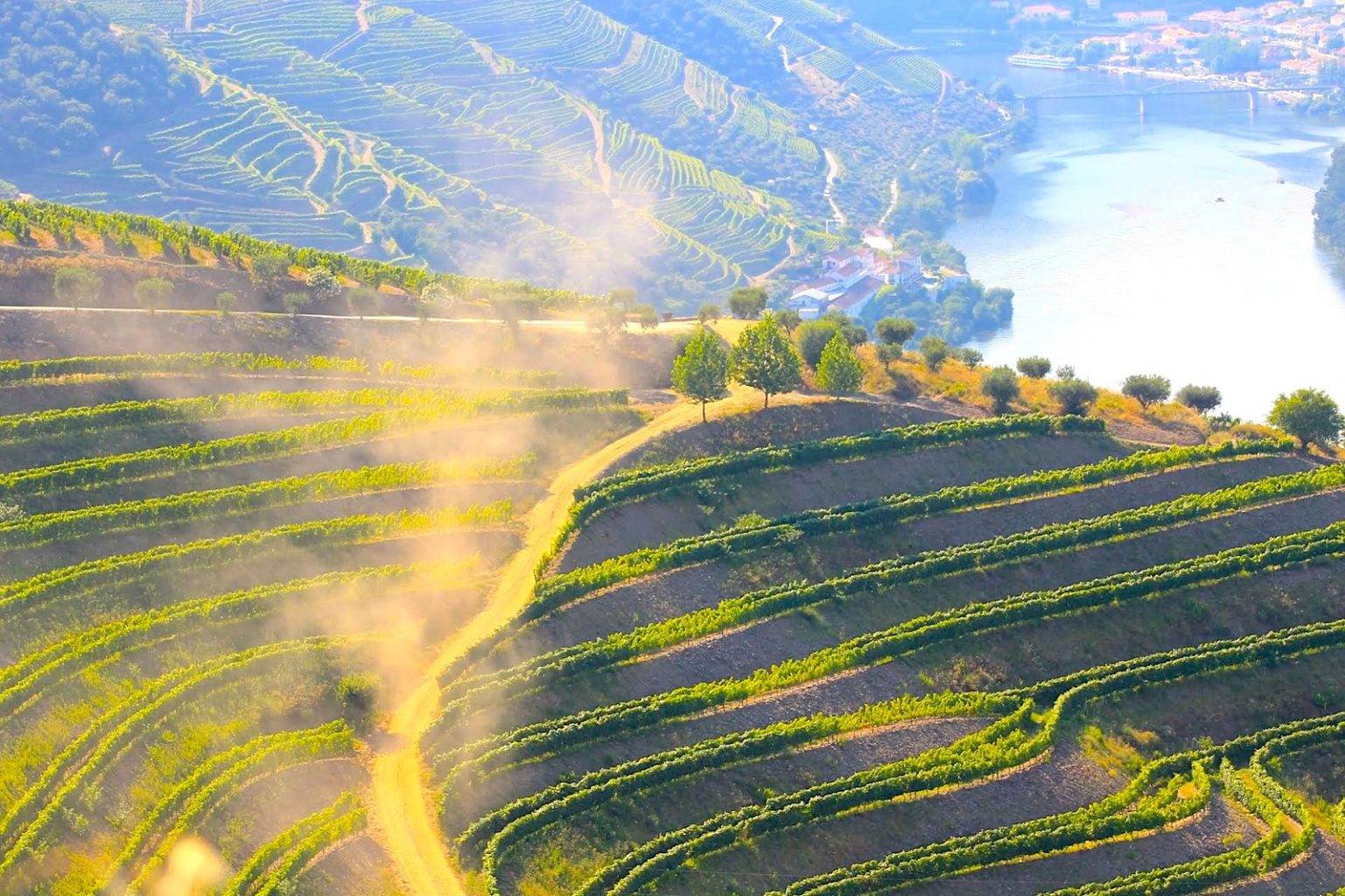 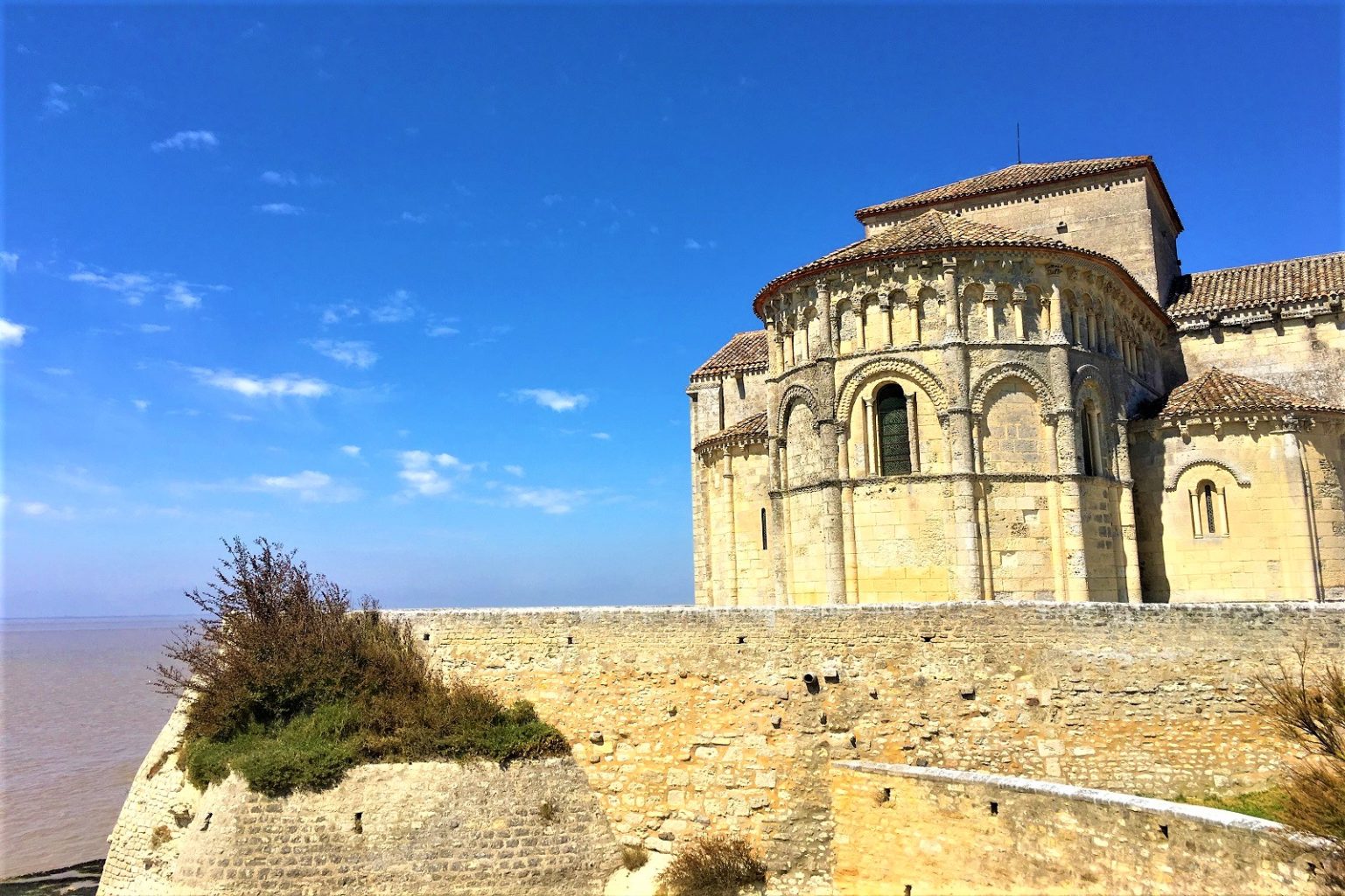