Paris – Roubaix Challenge : To each his own share of legend ! 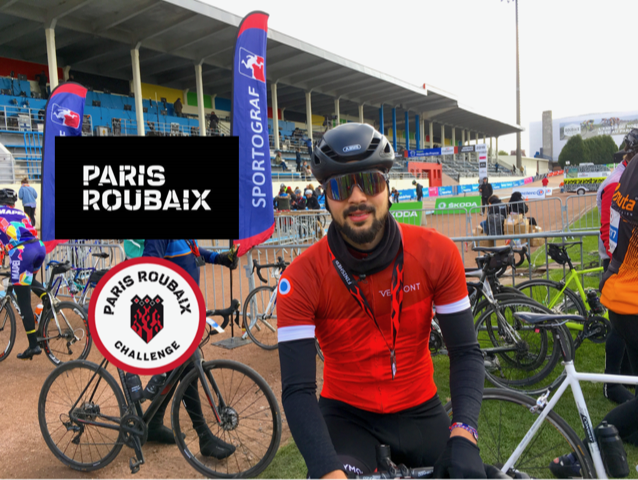 It’s a real cycling festival that takes place in Roubaix, in the north of France, for a weekend in mid-April.
The Paris-Roubaix Challenge takes place in the great history of Paris-Roubaix.
This sportive offers the opportunity to ride the day before the professional race on the most mythical section of the route taken by the Paris-Roubaix race. You experience the event before being a spectator. You can even come across former glories of world cycling.

In 2019, 55 kms of paved sectors were on the programme over the 257 kms of the professional race.

Like the Tour de France, Paris-Roubaix is known beyond the circle of enthusiasts. This race, created in 1896 (only interrupted by the two world wars), owes its fame to the extreme difficulty of its course.
Often referred to as the “Hell of the North”, the race owes its nickname not to its physical harshness but to the state of destruction that the organisers noticed during the spotting in the spring of 1919, in the Arras region, which had marked the front line a few months earlier.

Since 1968 Paris-Roubaix no longer starts from Paris but from Picardy. Over the years, the road infrastructure has evolved, the cobblestones disappearing under the tar, forcing the organisers to constantly seek solutions to preserve the identity of the race. The solution will therefore initially be to start from Chantilly and then come to Compiègne.

On these cobblestones, which are only used the rest of the year by the agricultural machines that go to the fields, the biggest names in cycling have built or affirmed their legends: Sagan, Boonen, Cancellara, Museeuw, Hinault, Merckx…

145 kms including 33 of paved sectors 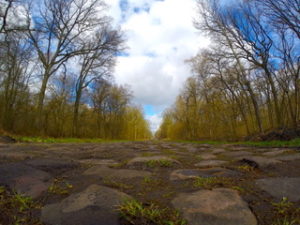 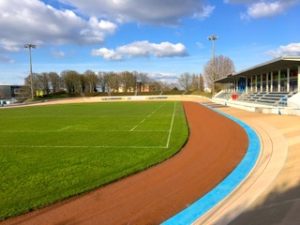 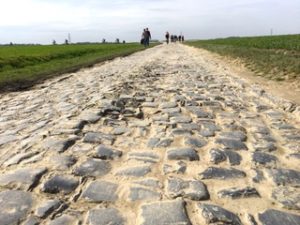 It’s 9.00 when I get close to the starting line, the thermometer reads 2°C, the sun is shining . It is with an aluminium bike that I leave for 145 kms including 33 of paved sectors.
To make the starts more fluid it is by successive waves that we start on a safe road but not closed to traffic.

The first 50 kms are through the villages of the north with their traditional red brick houses.
The entrance on the paved sector of the Trouée d’Arenberg (first sector of the day) really marks the beginning of the experience. The bike jumps on the first cobblestones, you have to hold the handlebars firmly, stay firmly seated on the saddle and pedal hard enough to try to stay on top of the cobblestones. The concept is simple, the faster you ride, the less you have to deal with the gaps between the cobblestones.
On the contrary, a speed that is too low will lead you to suffer from the pavement.
The beauty of the race lies here, in the wear imposed by the paved areas and their repetition. Sometimes 3 kms, sometimes 500 meters. That day, 18 stand on the road, including the most famous: La Trouée d’Arenberg 2300 m, Mons en Pévèle: 3000 m, Le carrefour de l’Arbre 2100 m.

The equipment suffers, 80 kms from the mythical velodrome, the first mechanical problems appear (warped wheel, broken spokes). The problem will get worse as the kilometers go by, forcing me to reduce my pace and making my arrival uncertain.

After 6.00 of road I enter the mythical velodrome of Roubaix, the satisfaction to have finished is very present so much the challenge is real.
The sector of Mons en Pévèle is emerging. With hindsight, it is for me the most difficult, its false flat rising in the middle of the fields where nothing stops the wind, its broken paving stones, and this church, so close and so far at the same time. My hands start to go numb.

At last, Le Carrefour de l’Arbre, the last challenge of the day. In order to give me all the chances to reach Roubaix, I take the side roads, accepting the possibility of a flat tire.
After 6.00 of road I enter the mythical velodrome of Roubaix, here is the line, the satisfaction to have finished is present so much the challenge is real.

A few months before the Paris-Roubaix Challenge, I had the opportunity to take part in the Taiwan KOM Challenge (sportive in the mountains), and when it comes to comparing the two events in terms of physical challenges, it’s the Paris-Roubaix Challenge that I found the most demanding.
In the mountains, you can adapt your pace to your state of freshness, in Roubaix, you always end up suffering from the cobblestones, which tire you, exhaust you, demanding from you the freshness you no longer have.

This unique experience, this part of the legend will undoubtedly lead me to take up the challenge next year. 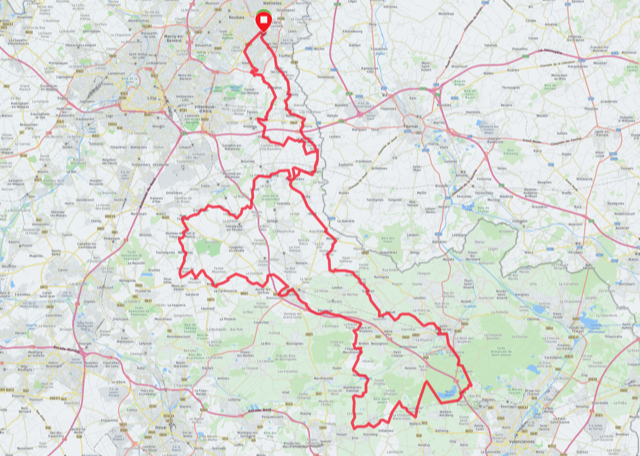 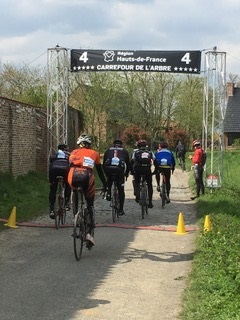 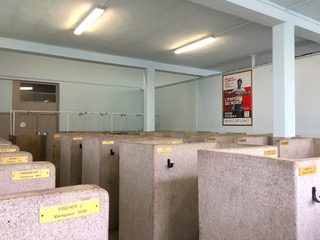